In his fine trail guide of the Olympic Mountains the late Robert L Wood notes that the summit of Mt Olympus is "...one of the few points where one can stand and see both the ocean and Mount Rainier." For years I have wondered where those other points may be and I today I confirmed one of them. Ironically, it is a place I have know most of my life, Saddle Mountain in Oregon's Coastal Range. 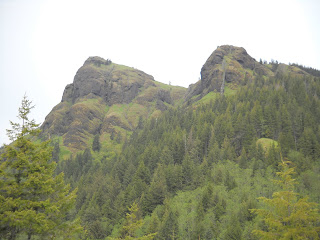 The plan was to lead a climb up Mount Shasta, but the climb was canceled on account of bad weather and avalanche conditions. I had looked to Middle Sister as an alternative, but lingering winter conditions and a sudden rise in the temperature made avalanche conditions in the Cascades unacceptable as well. So Saturday I tended to my yard and Sunday I laced up my hiking boots.

The lower elevations of the trail were lush with Oxalis and pink bleeding hearts. 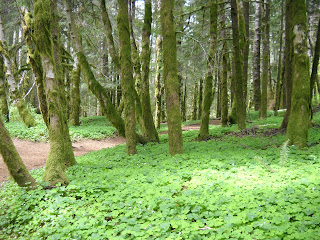 On the upper slopes I saw plenty of red paintbrush.... 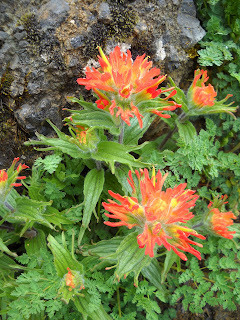 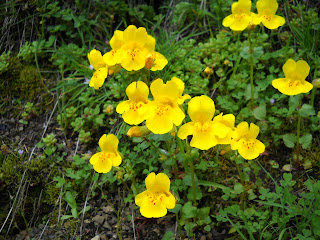 and some others that I could not identify (any help would be gladly taken). 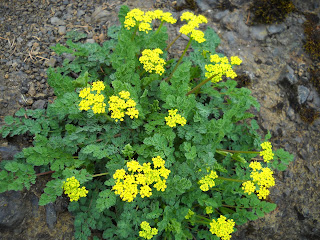 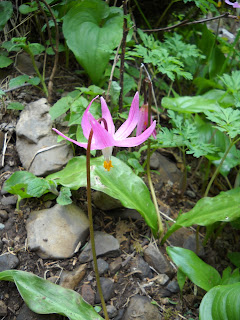 On the summit we were thrilled by a helicopter fly-by thanks to the Coast Guard. Conditions were so good that for the first time I could see Mts. Rainier, the Goat Rock Wilderness Peaks, Adams, St Helens, and Hood. Next time I'll have to see if I can spot Jefferson. Even more significant for me was that I could look across the Columbia River and see the Olympic Mountains!

Also highly recommended a short spur trail just 0.25 miles after the trailhead. This will take you to a viewpoint that has a grand view of the mountain. I also saw good sized snake soaking up the sunshine. I guess we're not the only ones thankful for the improvement in the weather.
Posted by Andrew at 5:25 PM