I like to travel by train. Much of it stems from exploring Europe well developed network of rails. There is something very comfortable, intimate and relaxing about letting someone else take control and just enjoying the ride. So when Amtrak's 40th Anniversary exhibit rolled into town I made sure to check it out. 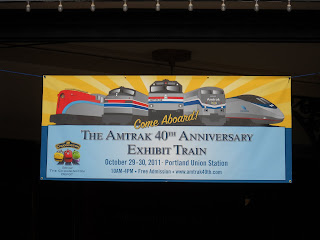 I knew my friend Richard would be the perfect person to invite along for the ride. He is a big fan of Amtrak and appreciates the romance of rail travel. My housemate Karl joined me as well. 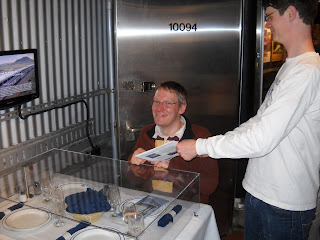 The exhibit train consists of two locomotives, a sleeper car, three display cars and a store car. Inside there were a variety of photos, advertisements, uniforms, equipment and dining china that spanned the 40 year history of Amtrak. Also of interest were the booths set up in Union Station from local groups that are involved with trains and rail travel in Oregon. 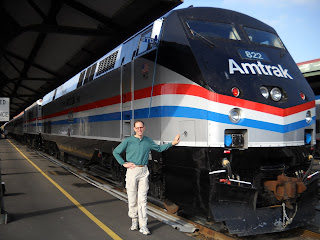 Posted by Andrew at 8:28 PM No comments: