I got a rare treat as I drove North up Highway 101 on Saturday. It was so clear that I could see Mount Baker, nearly centered on the blue green waters of the Hood Canal. Many times in clear and cloudy have I driven along here, but I could never recall a day where I could see this giant of the North Cascades from here.
I was not here on a lark nor did I have any hiking or climbing scheduled for the weekend. Rather I was going to Camp Parsons to say goodbye to Ed Dayton, who was tragically killed in an automobile /motorcycle accident.

Ed was on the Camp Parsons Staff when I was a Scout, before I joined the staff. He was one of those guys that I looked up to as a Scout. When I was backpacking with the Camp Parsons High Adventure program it was Ed that picked us up at the trail head. 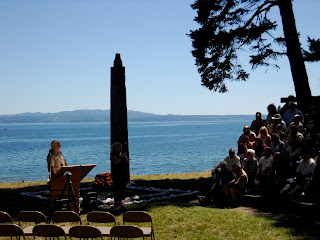 After I had worked on the Parsons Staff I frequently saw Ed at the work parties. One could not help to admire his smile and firm handshake. He always looked happy to see me. And it was always a treat to witness his sense of humor. So it was a shock read that he was gone. 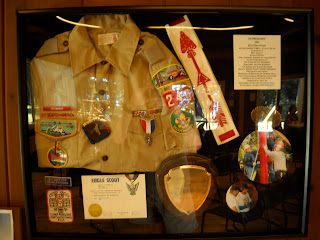 So many of us gathered at Campfire Point to celebrate his life. It seemed fitting and proper that we were sitting on the very benches that Ed helped build. I grieved that I had lost a role model, that camp had lost a great supporter, and that we had lost a friend. 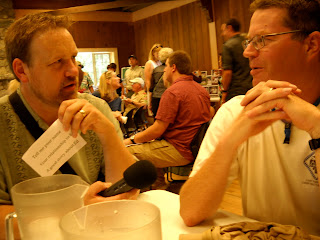