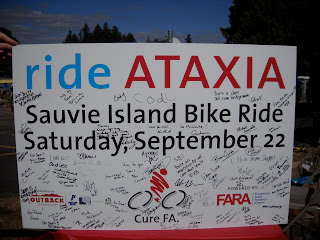 It seemed like the right thing to do.  My colleague Michelle had asked if I could get a couple of posters put up around town.  She had been diagnosed with a disease called Freidreich's Ataxia and was involved in a bicycle fundraiser to benefit research for this disease.  The literature said that one could organize a team to raise funds for this disease.  Perhaps this would be a cause was one that our office would rally around.

The more I thought about it the more it made sense.  I believe in bicycles.  I believe in taking positive action.  I believe in giving support because I have received support in the past.  I am constantly reminded of the amazing vessel that carries me through the world.  At the same time I am aware of how fragile it is and the many things that can go haywire.

Friedreich's ataxia is a debilitating, life-shortening, degenerative neuromuscular disorder.  It is a genetic disease that is diagnosed in one out of 50,000 people in the Untied States.  Turns out one of them is someone that I know. 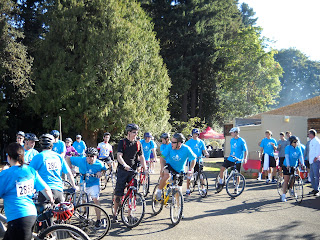 So I started talking people and asking them to join me.  Slowly Team Expeditors gained momentum.  I was amazed and thankful that people that did not even know Michelle were very willing to support her cause.

The week before the ride the weather had been overcast and it appeared that our ride day would be the same.  Reading predictions of areas of drizzle I warned my co-workers to bring a long light raingear to stay warm.  That set the stage for the joy that I felt when I woke up to a blue bird sky. 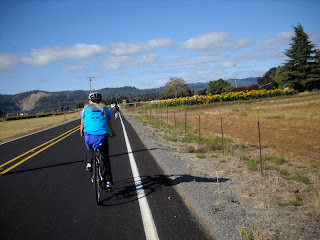 Fifteen people from Team Expeditors showed up on Sauvie Island to ride.  One of which had called me last night, asking if he could join.  Two thought this was so important that they signed up even though they did not own a bicycle.  Most of us completed a 12.5 mile loop once, marveling at the gorgeous countryside.  It was a smashing success. 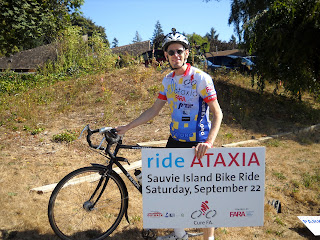 After the ride there was food and fellowship, plus an emotional talk about the research that will be sponsored by the funds raised by this ride.  It was meaningful to me to hear this.  It was also rewarding to hear my colleagues rave about how they enjoyed getting out and riding their bicycles.