Last weekend I was home, laying low and recovering from a cold. Halloween was coming up and once again I was struggling to come up with ideas for a costume. After doing some research I was inspired to dress up as the characters from the 1984 comedy Ghostbusters. 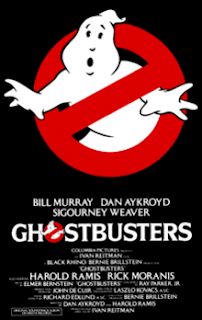 Online I found plenty of material to work with, including a YouTube video that showed how to make a Proton Pack. I found myself enjoying the process of using my resources to put this costume together. The tube from a broken shop vacuum came in useful as well as a round cookie tin. I made some photocopies of Hazardous Good placards to decorate the Proton Pack. It was interesting to learn that I had to give Lowes my drivers license number to buy the black spray paint, the only part of the costume that I had to purchase. I was quite pleased with the outcome. 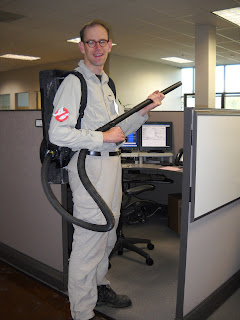 At work I took upon the task of organizing the Halloween potluck. We had a great turnout this year. 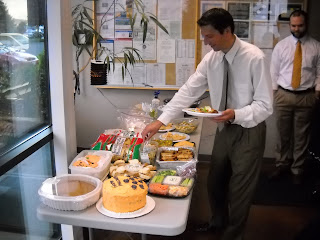 Never before had I seen so many Crock-Pots there at once. The big surprise was the checkered cake one gal made. I was so impressed, I had never seen a cake like that before. It made all of my efforts to put this potluck together worthwhile.
Posted by Andrew at 7:37 PM